We are pleased that many of our members give up their time and use their expertise to help us meet our objective: the general advancement and application of food science and technology for the benefit, safety and health of the public.

To help us foster the engagement with volunteers, in 2015 we created a Volunteers’ Advisory Group (VAG), which sits at the intersection of the hundreds of volunteers, IFST Board and governing committees, and the IFST Executive team.

VAG aims to ensure that the voices of volunteers are heard, volunteers have the tools and information they need and that the work they undertake aligns with IFST’s strategic priorities. The group also facilitates the sharing of good practice. 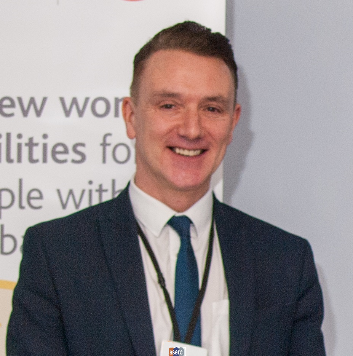 Alastair is currently Chief Executive Officer of SSERC, an organisation that offers a broad portfolio of services, principally in support of the STEM areas of the curriculum, specifically;

As well as being a Fellow of Institute of Food Science, Alastair is an active STEM Ambassador and a previous member of the IFST Education and Careers Committee.  In his spare time, Alastair is a gym enthusiast and a season ticket holder and avid supporter of Rangers FC. 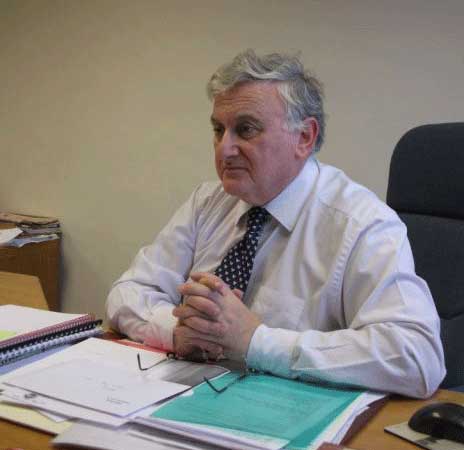 Alex Kent is a graduate of the Department of Food Science at Leeds University, and has spent his career in Technical Management, Quality Assurance and New Product Development within the Food Industry.

He has worked for blue chips such as Marks & Spencer, Unilever (Batchelor’s), Spillers Foods (Homepride), Unigate, the Lusty Group, and latterly at Fibrisol Service – a major supplier of functional food ingredients, as well as for smaller organisations.

In addition, he has taught at secondary level, worked for a Trading Standards Department in Bedfordshire in enforcement, and was for a short time an Hotel & Restaurant Inspector for Egon Ronay.

Recently retired, Alex devotes his efforts to helping small businesses with respect to food safety systems, primarily through SALSA where he performs both auditing and mentoring in diverse sectors, from fish processing to craft breweries. He is also involved with the Food Club, an organisation designed for networking and self-help in and around the London area.

Alex is an Honorary Fellow and has held the posts of Hon. Treasurer and Hon. Secretary, apart from pursuing active service on the Finance Committee, Food Law and Food Safety Groups. He is also involved with the IFST South East Branch.

In his role as the Independent Assessor, he acts as an observer, acting on behalf of the members to ensure that the Board of Trustees and the Executive operate according to the Institute’s charitable principles.

Outside these interests, he considers that he plays a mean hand of bridge, and exhibits a fondness for fermented grape juice, malt extracts and other delights. 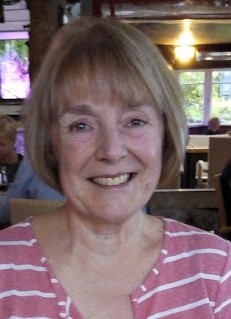 Since 1986, Margaret’s vocation and passion has been working in the field of Sensory Science. She ran her own consultancy for seven years before retiring in 2015. She built her career and reputation working for Walker’s Snack Foods, Glaxo SmithKline, Campden BRI and Sensory Dimensions.

As founding member of IFST’s Sensory Science Group (SSG), she became its first chairman when it was inaugurated from a Special Interest Group to Professional Group in October 1999. Up to her retirement, she remained an active member of the SSG committee specifically acting as coordinator of its Education & Accreditation working group, and in this role was also involved with the Professional Development Committee (PDC).  Margaret joined the Volunteers Advisory Group (VAG) at its inception three years ago.

Margaret’s volunteering activity now extends to stewarding at the National Trust’s Croome Park site and assisting at her grandsons’ school. 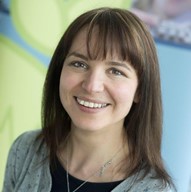 Ruth is a Nutritionist/Food Scientist currently working as the Human Intervention Studies Manager in the Nutrition Innovation Centre for Food and Health (NICHE). Ruth has a BSc in Food Science and Technology, a Diploma in Industrial Studies, Associate Fellowship of the Higher Education Authority and a PhD in Nutrition. Her main research interests include wholegrains and health, under- and over-nutrition and food choice. She has extensive experience in designing and conducting human intervention trials, dietary nutritional assessment and in working with food companies in food product development. 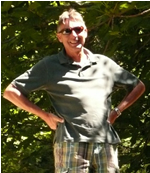 David is a Managing Director of FQC Solutions, a consultancy that specialises in food quality compliance and risk management. David started FQC Solutions over 6 years ago and before that he spent over 18 years with Diageo plc and has vast experience in implementing both risk management and quality improvement across Africa, Latin America, Caribbean and USA as well as Europe. His last 6 years in Diageo were spent in the Far East working in countries like China, India, Korea, Australia, heading up technical and risk management implementation. Having helped develop a set of global risk management standards, as a lead auditor he has ensured improvement and compliance to these standards to beyond 97%. He is a Fellow of Institute of Food Science & Technology and through FQC Solutions works closely with both FMCG and SMEs to help them meet their requirements from basic food safety and HACCP to integrated management systems like FSSC 22000. 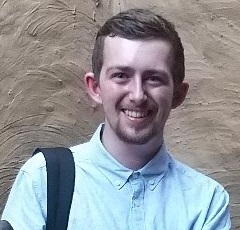 Sam is a 3rd year Food Science and Technology Student at Cardiff Metropolitan University. He is also chair of the IFST student group. Additionally, in his spare time, he is a keen traveller, runner and heavily involved in scouting. He volunteers and became a member of VAG as he wants to help grow the student voice within IFST, as he believes that current students are the future of this fascinating industry. He also volunteers to help boost his confidence and to meet and engage with other like-minded and passionate members of the industry. 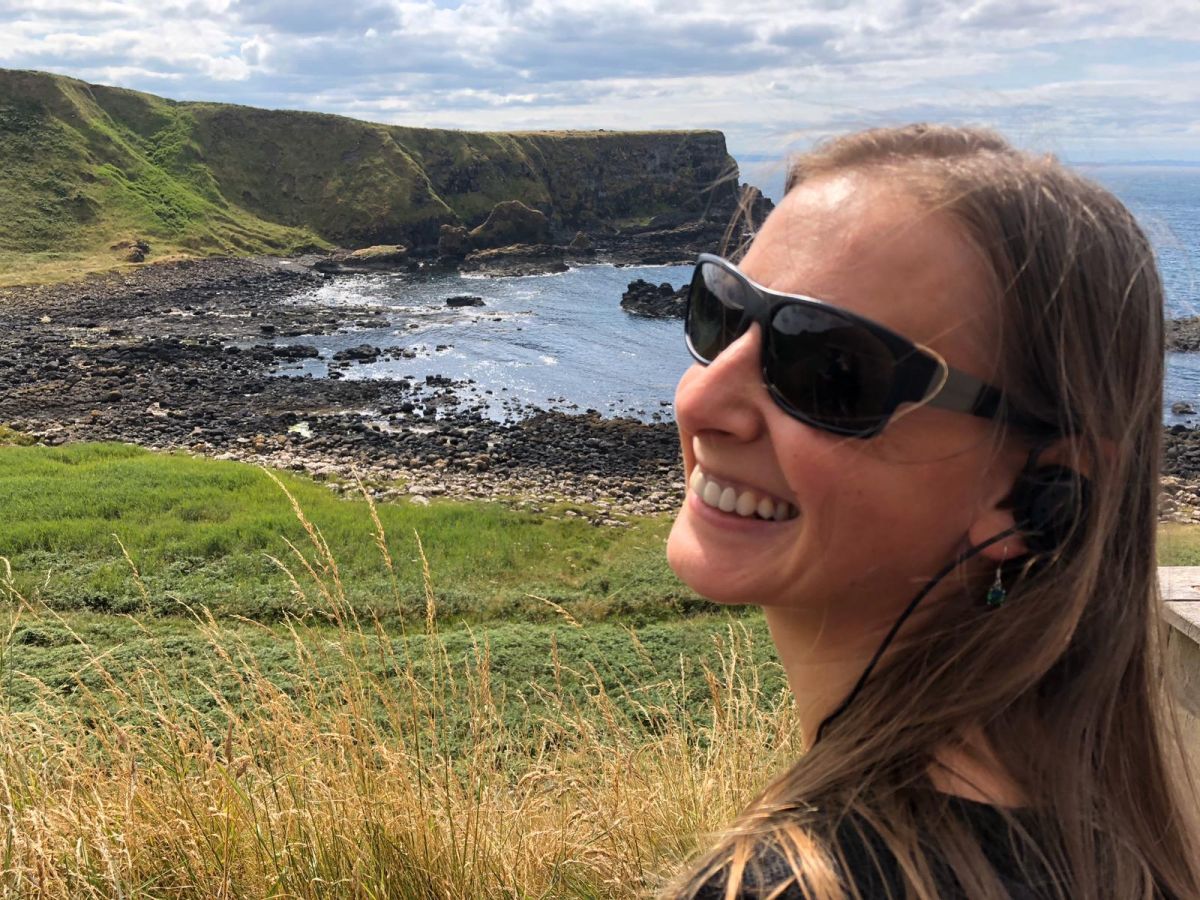 Elena is currently a Field Veterinary Manager with Food Standards Scotland (FSS), ensuring meat official controls are delivered in line with legislation and internal policies. She qualified as a veterinarian in Bucharest, Romania in 2009 and moved to the UK in 2010. In 2012 she gained the Official Veterinarian qualification in Glasgow and in 2015 joined FSS. She is supporting FSS staff involved in food safety to sign up for IFST, part of her leadership of the training and development portfolio within FSS.

Elena is HACCP level 4 and Lead Auditor qualified and also trained and experienced in PRINCE 2 and AGILE project management methodologies. She is keen to share her knowledge and experience and support industry and other stakeholders in achieving their full potential, in particular in relation to food/ feed safety. In her spare time Elena loves scuba-diving, cycling, running, exploring Scottish Highlands & Islands and hopes to get back to a Uni-period activity, skydiving – that is, when the Scottish weather will allow for it.

In 2020 the Volunteers' Assembly was due to be replaced by a Members' Day on 31 March 2020, designed to offer all members the opportunity to find out more about IFST's wide range of activities.  The COVID-19 restrictions mean this has been postponed.

The Volunteers' Assembly was the annual gathering specifically for volunteers from the various groups that support IFST's core functions.

In 2019 the Volunteers’ Advisory Group listened to feedback from previous events and extended the length of the Volunteers' Assembly to allow for more discussion and feedback. We had a valuable afternoon that consisted of different workshops and sharing of good practice.

Knowing and being responsive to our audience: Key findings from the 2018 membership survey…so now we know, what are we going to do differently?

Business planning & budget setting: Output from the Board 2019-2020 strategy discussion. What do you need and what will your branch/Special Interest Group/committee do to help deliver the strategy?

Being social and online: Are we missing a trick? Making more of the IFST website, Twitter, LinkedIn, Instagram, and WhatsApp to promote your activities and amplify IFST’s messages.

What is the Impact Award?

We value the important contribution that volunteers bring to the work and life of the Institute. Without the contribution of the volunteers who serve on committees, branches and special interest groups, we would find it difficult to achieve the strategic priorities set out by the Board of Trustees.

In 2017, we introduced the Impact Award as a way in which volunteers could be recognised for the many great activities and innovations that they undertake, and which contribute to IFST's strategic priorities.

The Impact Award is an opportunity for volunteers to showcase an innovative activity which has been undertaken which meets the following criteria.
An activity which:
1. is new and has been undertaken in the last 12 months which delivers measurable impact to any/all of IFSTs strategic priorities, or
2. is an existing activity which has undergone and adaptation or change in order to deliver and enhanced impact linked to any/all of IFSTs strategic priorities, and which
3. is scalable and sustainable.
An activity can be:
The 2020 Impact Award was open to:

Putting in a submission is a very straight forward and easy process, involving the completion of a two-page form, containing 7 questions and with a 500-word limit.

What is the time scale?

Submissions are invited in the autumn and close in early March.

In 2020, all submissions were reviewed and ranked by the Volunteer Advisory Group with the winners announced at the Annual General Meeting on 31st March 2020.

What could we win?

A real treat awaits members of the winning branch, group or committee for them to enjoy at their next meeting or for the lucky individual winner.

A sub-committee of the Northern Ireland Branch formed the local organising committee to oversee the delivery of the 20th International Conference on Campylobacter, Helicobacter & Related Organisms (CHRO), held in Belfast on 8-11 September 2019. A very successful event with really positive feedback from delegates.
Key facts and figures:

On 31 October 2019 Eastern Branch ran its first Conference on Hygienic Design of Food Processing. The event was jointly organised and supported by IFST; the European Hygienic Engineering Design Group (EHEDG); and the National Centre for Food Manufacturing, University of Lincoln, who also hosted.
The Conference attracted 53 attendees, including students (free registration), food manufacturers, food retailers, auditors, and suppliers of product and services to the food industry. Event feedback was excellent.

2019 IFST Student Group for their first ever IFST University Food Challenge, a team competition in the format of TV’s University Challenge but focussing on food science and technology.  The competition was open to student teams from across the UK, and was hugely enjoyed by those who took part.

2018 IFST Student Group submitted an activity based on a live Student Association Global summit breakout session, using digital technology and digital communication, to reach 500 attendees from across the globe. The focus of the session was 'international careers' and it involved both a live panel discussion and a Q&A session

Sharing good practice is always encouraged so winning entries will be made available to view via the IFST website after the announcements at the AGM or Members' Assembly.