IFST Pre-Dinner Talk and Q & A

IFST Pre-Dinner Talk and Q & A

Organised by IFST and the IFT British Section 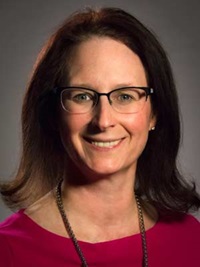 Dr. Cindy Stewart is the Global Cultures and Food Protection Technology & Innovation Leader for DuPont Nutrition and Health. She joined DuPont in 2014, originally as the Global BioControl R&D Leader, which included discovery and development of antimicrobials and antioxidants for food safety and stability applications, and direct fed microbials for poultry and animal feed.  The Culture Development T&I team is focused on developing new and improved starter cultures for dairy, meat and other fermented food and beverage applications.  Prior to joining DuPont, Cindy has worked as the Senior Director, Advanced Research, Global R&D for PepsiCo, New York. Previous positions Cindy has held include Director, Scientific Affairs, at the National Center for Food Safety and Technology (now IFSH), which included leading the DUST consortium, which won the IFT Food Expo Innovation Award for the development and validation of pressure assisted thermal sterilization process;  High Pressure Processing Program Manager for CSIRO’s Food Science Australia, where she co-led the establishment of the Innovative Foods Center; Sr. Research Microbiologist, Corporate R&D, Nabisco; and Research Associate II, University of Delaware.   She holds B.S. and M.S. degrees in Food Science from the University of Delaware and a Ph.D. in Food Science from Rutgers University.

Cindy has published and presented over 125 papers and book chapters primarily on novel processing technologies, predictive microbiological modeling and microbial risk management. She has been a member of IFT since 1989. She has served in many elected and volunteer positions, as Chair of the Biotechnology Division, and as Chair of the Nonthermal Processing Division, which she has been actively engaged since its inception in 1999. She received the NPD Outstanding Member Award in 2008. Cindy has served on several Award Committees and on the AMSPAP Food Safety and Defense Sub-panel, including serving as Chair.  She has served on the National Center for Food Protection and Defense Research Evaluation and Advisory Panel and the IFT Press Advisory Panel. Most recently, Cindy served on the IFT Board of Directors (2012-2015).  She currently is a member the Tuskegee University Food and Nutritional Sciences Advisory Board, where she is currently serving as the Secretary.

Registration is closed for this event