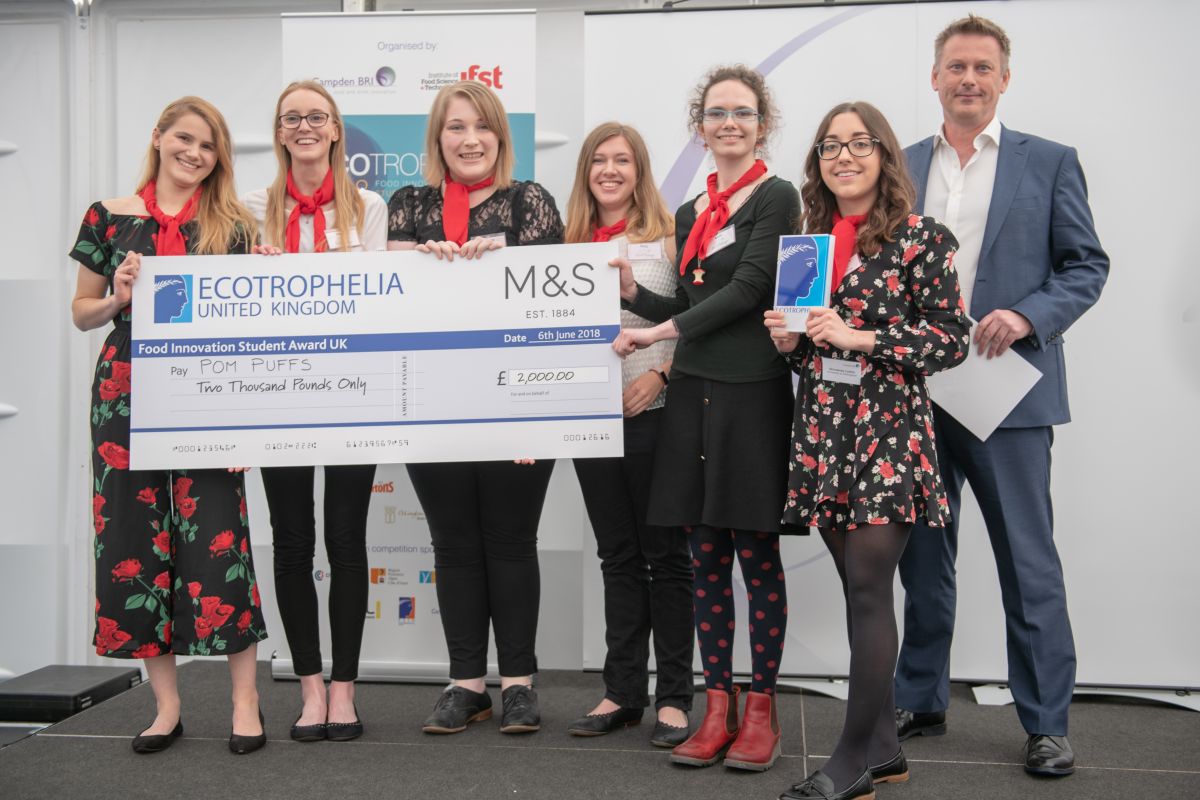 A team of students from the University of Nottingham has won the gold prize at Ecotrophelia UK with their spicy BBQ flavoured savoury snack. The ‘RICH Pickings’ team has developed ‘Pom Puffs’ - a tasty and nutritious snack made from extruded apple pomace, maize and packaged in a recyclable pouch. Each member of the gold-winning team took home a share of £2,000 and an invitation to become an IFST Young Ambassador.

Now in its sixth year, Ecotrophelia UK is a ‘Dragons Den’ style competition that challenges teams of UK students to develop an innovative, eco-friendly food and drink product. From idea generation through to the final packaged product, the teams get a hands-on experience of what it takes to bring an eco-friendly food or drink product to market.

The finalists pitched their products on 5 June and the winner was announced on 6 June 2018 at Campden BRI's annual open day. The awards were introduced by the competition's Chief Judge and Head of Central Technical Operations at Sainsbury’s, Alec Kyriakides, and presented by Patrick Carter of Marks and Spencer (prize sponsor).

Lisa Williamson, a food science student at the University of Nottingham and captain of ‘RICH Pickings’, said, “Ecotrophelia has been a very positive experience for the team. We applied what we’ve learned in our studies, demonstrated our knowledge to the dragons and received great feedback as a result! We’re also grateful for the technical support that we’ve received along the way” 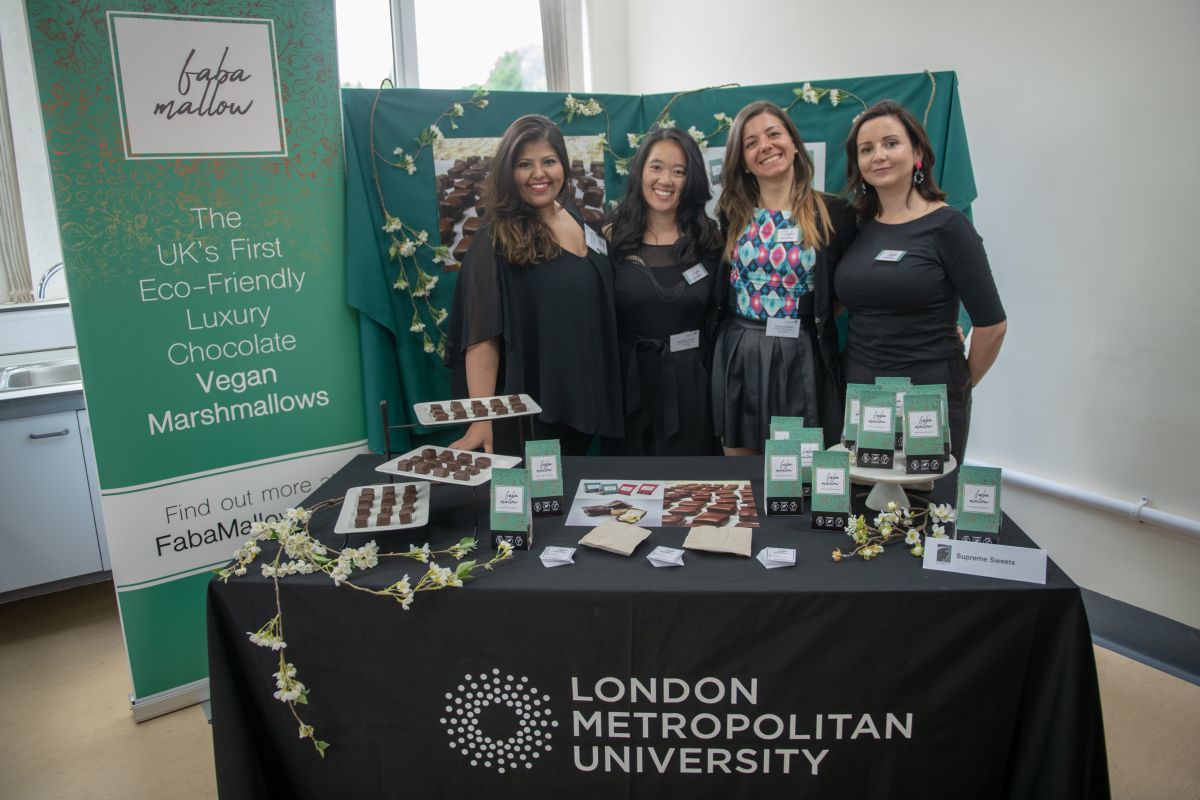 The other team members added, “We’re overwhelmed to have won the competition. All the hard work done alongside our degree has finally paid off. Our teamwork and incredible belief in our product is what made it a success. It is also strongly aligned to the ‘RICH Pickings’ values - Reuse, Innovate, Community, Honesty.”

The Supreme Sweets team from London Metropolitan University secured the silver prize and £1,000 with for their luxury, vegan and eco-friendly marshmallow, made from aquafaba and apples, coated in dark chocolate.

The bronze and £500 was awarded to the team from University of West London for their fava bean ‘falafel-style’ savoury balls with a soft dip centre and a crunchy fava bean crust.

The winning team will now go on to compete against 19 other European national teams at the Ecotrophelia European final at SIAL in Paris on 21 and 22 October 2018.