The Från Början team from Nottingham Trent University has been awarded the gold prize at Ecotrophelia UK 2016 for their vegan, low fat luxury iced dessert. The name Från Början translates from Swedish to “from the beginning”, referring to the algal protein which has been used to replace dairy protein in the product. 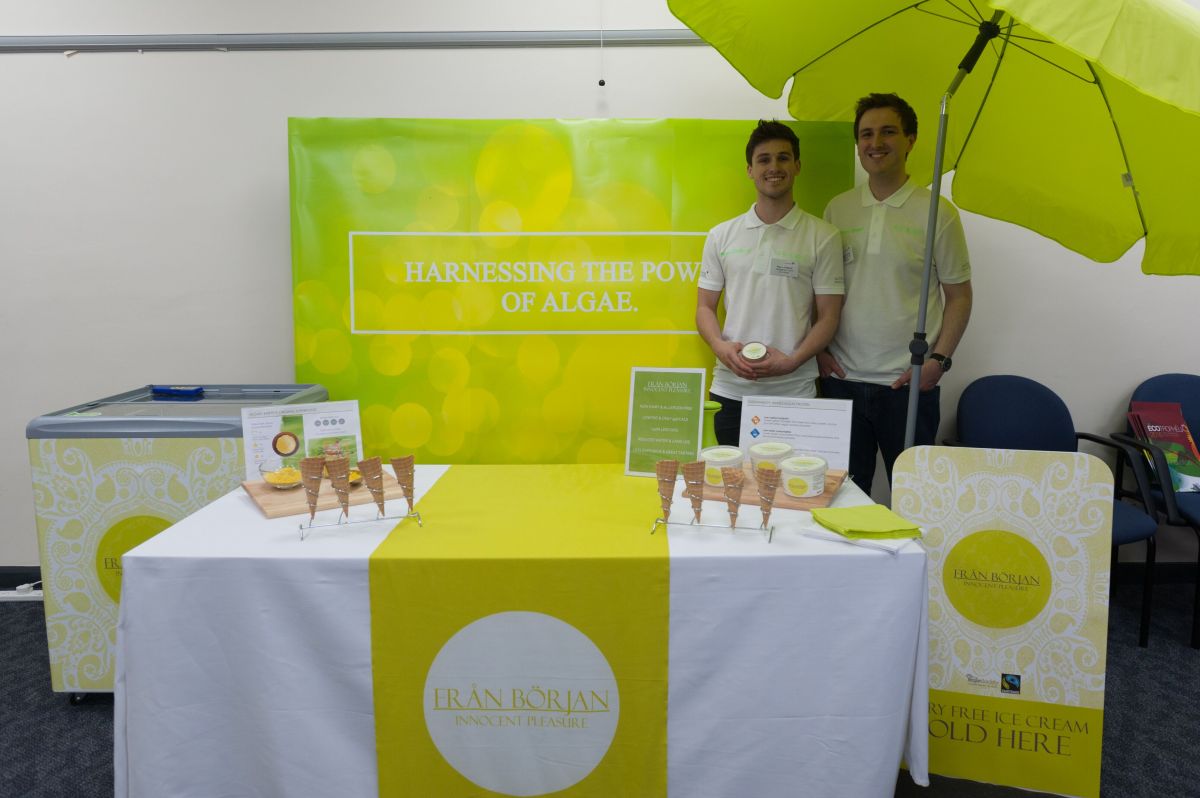 Ecotrophelia gives students a taste of new product development. From idea generation through to the final packaged product, the teams get a hands-on experience of what it takes to bring an eco-friendly food or drink product to market.

Ryan Clifford said, “Ecotrophelia is a great opportunity to take an idea from concept right through to the final product. It’s been a great experience and I would like to thank everyone that has supported us in the competition”.

The awards were introduced by the competition’s Chief Judge and Executive Director of Warburtons, Brett Warburton, and presented by Sue Bell, Head of Food Technology at M&S at Campden BRI’s annual open day for the food and drink industry.

The El Nacho team from College of Agriculture Food & Rural Enterprise was awarded the silver prize and £1,000 for their slow cooked pulled turkey in a hot enchilada sauce with chunky nachos. The bronze prize and £500 was awarded to the Hemptations team from Nottingham Trent University for their non-dairy flavoured hemp milkshakes. All the winning teams will also receive a one-year IFST membership and a number of Elsevier food science publications.

Judges from top names in the food and drink industry including Coca-Cola, M&S, Mondelez, PepsiCo, Sainsbury’s, Tesco and Warburtons, as well as BBSRC and Innovate UK listened to the teams pitches and tasted the products before carefully considering each entry for its industrial feasibility, taste, eco-innovation, originality, creativity and innovation, and market credibility.

Andrew Gardner, Operations Director with the Institute of Food Science and Technology said, “we’re delighted to see interest in Ecotrophelia UK continuing to grow.  We received a record nineteen entries from across the UK this year, with exceptionally high quality submissions again. We are also happy to have so many high-profile names supporting Ecotrophelia which continues to attract the brightest and the best young talent to the food and drink industry”.

The Från Början team will go on to compete against the gold-winning national teams from across the whole of Europe for the chance to win up to €6,000 in the Ecotrophelia Europe competition, which will be held in October at SIAL in Paris.

The UK heat of this Europe-wide competition was organised by UK food and drink research organisation, Campden BRI, in conjunction with the Institute of Food Science & Technology (IFST), the independent qualifying body for food professionals in Europe.