As you may know, October is Black History Month. A month to acknowledge and celebrate the work of prominent black figures; in our case prominent black food scientists and food technologists, past and present. In this article, we’ve taken the time to discover black scientists from the past and to connect with some of our current members who originate from different ethnic backgrounds to ask them about their experiences as food scientists or technologists. 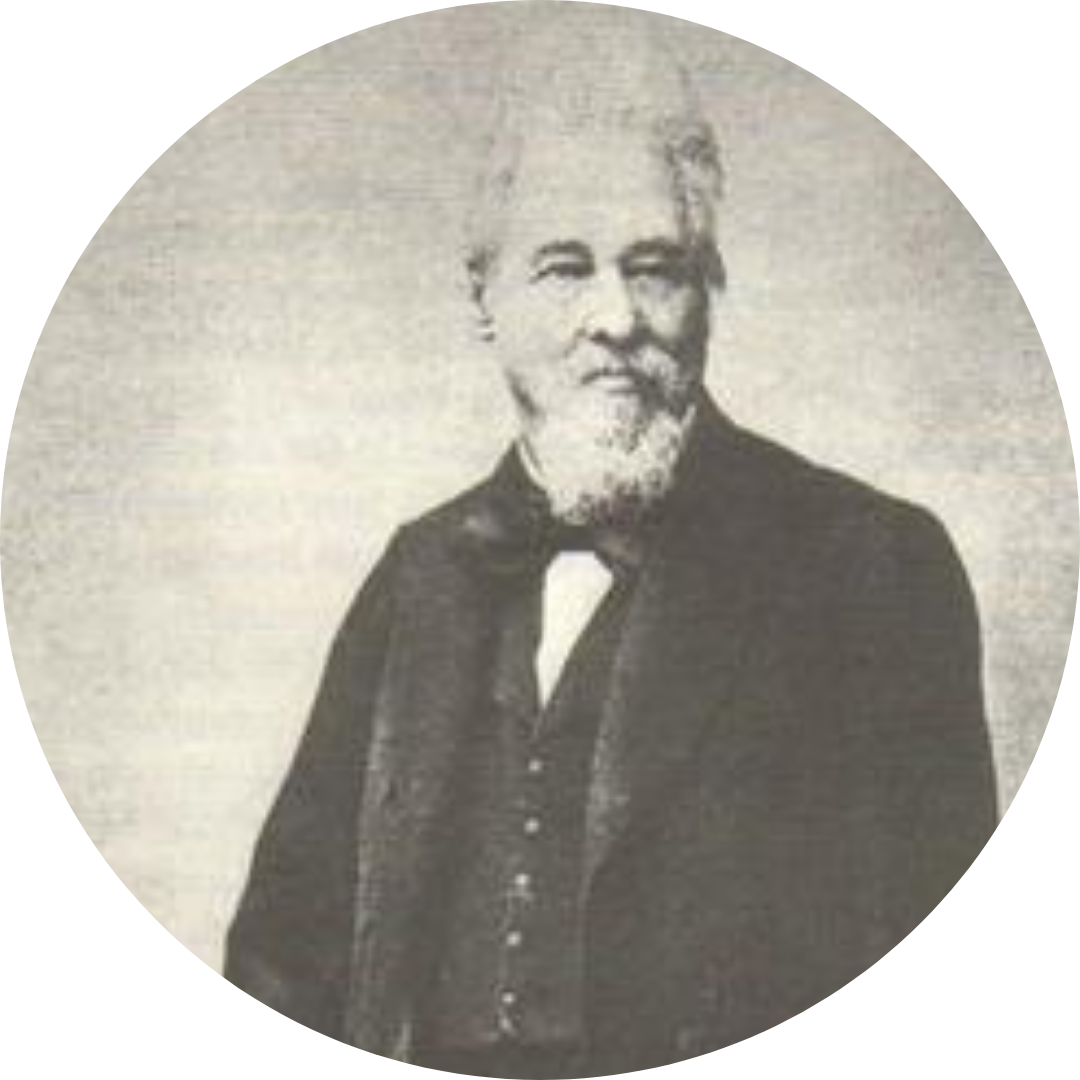 Norbert Rillieux (1806-1894) was an American-French chemical engineer, known for inventing the multiple-effect evaporator under vacuum which revolutionised the method of sugar processing and significantly developed the growth of the sugar industry.

Rillieux became an expert on steam engines and decided to focus on the manufacturing problems of the time. In particular, he focused on the challenge of safely evaporating moisture from cane juice while lowering the heat to produce a whiter, more refined, sugar crystal. Rillieux started working on his invention between 1834 and 1843 when he patented the multiple-effect evaporator.

Prior to Rillieux’s discovery, refining sugar had been a labour-intensive process which involved the dangerous handling of boiling hot liquids. The process used on the plantations in New Orleans was known as the ‘Sugar Train’; the juice was pressed from the cane and poured into a large pan where it was heated. 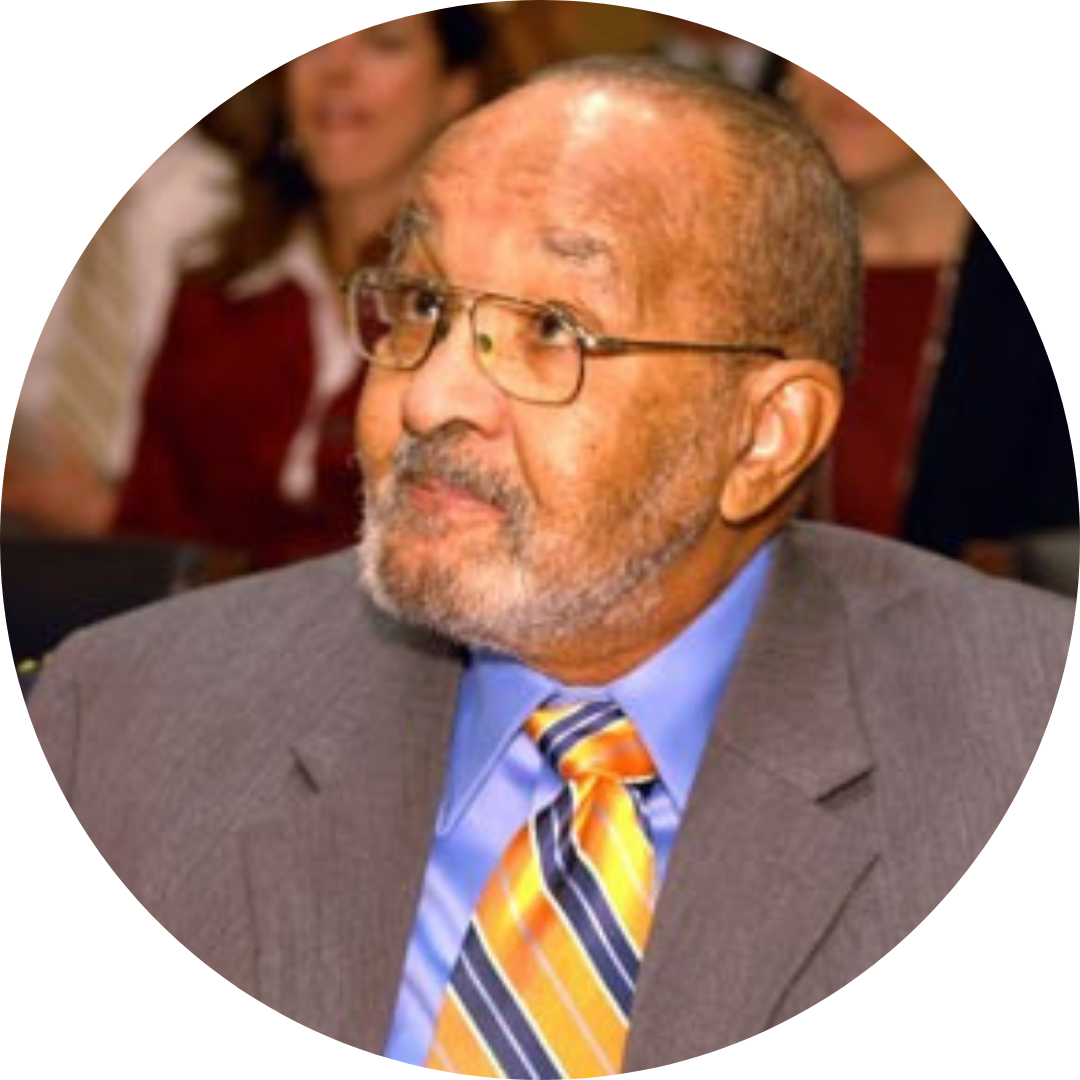 Emmett Chappelle (1925-2019) was an American scientist who developed the ‘ATP bioluminescence assay’. This laboratory test used today to monitor hygiene in the food sector uses the same principle that allows fireflies to glow.

ATP (adenosine triphosphate) is an energy storage compound found in all living cells. Whilst working at NASA Chappelle developed a method to react ATP with the protein luciferin and enzyme luciferase (from fireflies) to give off light. This light could then be measured using a luminometer. The amount of light produced is directly proportional to the amount of ATP present in the sample and therefore provides an indication of cell number.

ATP tests are widely used today to determine the number of microbes on surfaces and in drinking water in the form of a rapid swab test. Chappelle, who only died in 2019, was inducted into the US National Inventors Hall of Fame for his work on bio-luminescence, He was also honoured in 2007 as one of the 100 most distinguished African American scientists of the 20th Century. 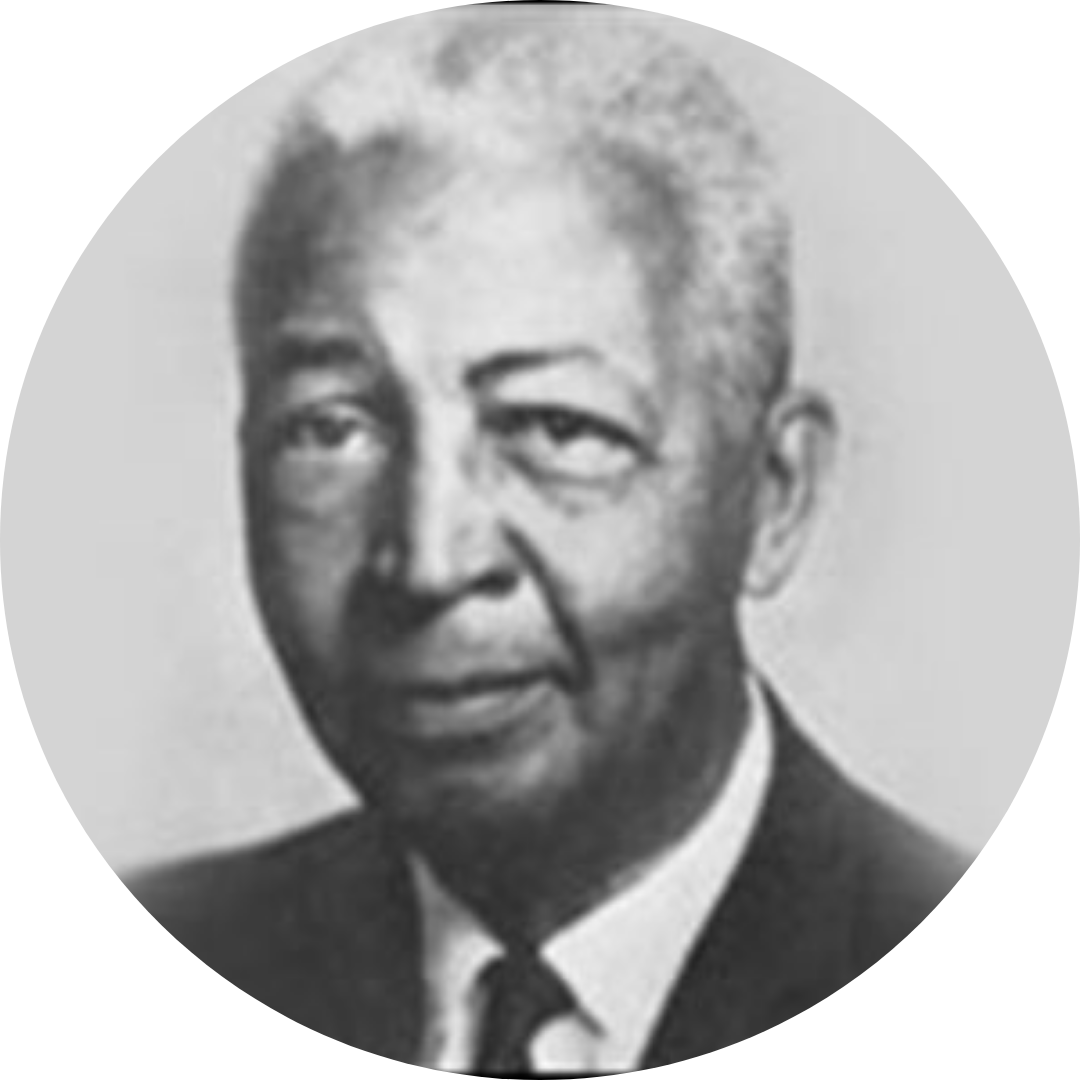 Lloyd Hall (1894-1959) was an American chemist who made a significant contribution to the science of food preservation.

Hall also patented the use of ethylene oxide gas to preserve spices. He found certain spices carried many bacteria, yeasts and mould spores. He found that Ethylene oxide gas pumped into an airtight chamber sterilized the spices inside. Hall was also a pioneer of the use of antioxidants to prevent spoilage of fats and oils in bakery products.

Purity explains her route into the industry “I got into the food industry by chance. My husband was working in maintenance for a food company. The company needed a Quality Assurance Technician (QA) and I needed a job. My husband introduced me to the hiring manager who gave me the job and I have never looked back since. - Before I embarked on a career in the food industry, my intention was to study for a degree in International Relations having worked in admin for some time. Once I started working in the food industry, I liked what I was doing so much, in the same year I enrolled to study for a food science degree at London South Bank University.”

On how she achieved success as a new entrant to the industry Purity said “I studied for my undergraduate as I continued to work in the food industry, taking on more responsibilities. I had good managers who empowered me and supported me in my development. On finishing my undergraduate, I enrolled for a master’s degree at the University of Greenwich.”

“Particularly challenging moments included my first-year chemistry course. It had been more than 10 years since I had studied, let alone chemistry.  My course involved a lot of chemistry lab work which I found very challenging, especially in my first semester. I had problems writing lab reports as I really didn't know how I was supposed to complete them. I put in a lot of effort, studying very early in the morning and literally giving up a social life for studies. I can confirm that I graduated with a first-class degree.”

Purity is philosophical regarding the influence that being from an ethnic background has had on her career “I would say there’s always a chance that I may not have achieved something because of my ethnic background. If I missed an opportunity because of my ethnic background then chances are that it was not the right opportunity for me. I strive to be valuable to the marketplace and society. This is the advice I would give to everybody. Be valuable through dedication and integrity in what you do and strive to give the best that you can. I wouldn't say that my ethnicity has influenced my career choices, I follow my path with the knowledge and trust that if I do my bit, I can achieve anything.”

Purity’s advice to young entrants to the industry: “The food industry is exciting and very diverse. The various disciplines include research, food safety, quality, food and feed testing, consultancy, working for governmental organisations, non-governmental organisations, food and packaging innovation, agriculture, etc. As an industry, we have not done a good job of educating young people on what food Science and Technology is all about and the rewards. There are many people who are not in the industry who think that Food Scientists and Technologists work as chefs or other catering jobs. A career in the food industry is rewarding and there are very many leaders in the food industry from minority backgrounds. Never let your ethnicity be a blocker to your achievements; it only becomes a blocker if you allow it.”

On the role of ethnic or global role models in the science community that encouraged her to enter the profession, Purity states:

“When I joined the profession, I didn't have any ethnic role models working in the food industry. Now, I know several people from ethnic backgrounds who have senior industry positions. I do have one ethnic role model, not in the food industry though; she was an environmentalist. She is the late Professor Wangari Maathai who was a political and environmental activist, my sustainability hero. Her tenacity in protecting the environment and withstanding political harassment without abandoning her cause to save Kenya's forests won her a special place in my heart.”

Wangari Maathai was the first African woman to win a Nobel Prize.

Dr Daniel Amund, MIFST, is a Lecturer at Coventry University has told us about his experiences: 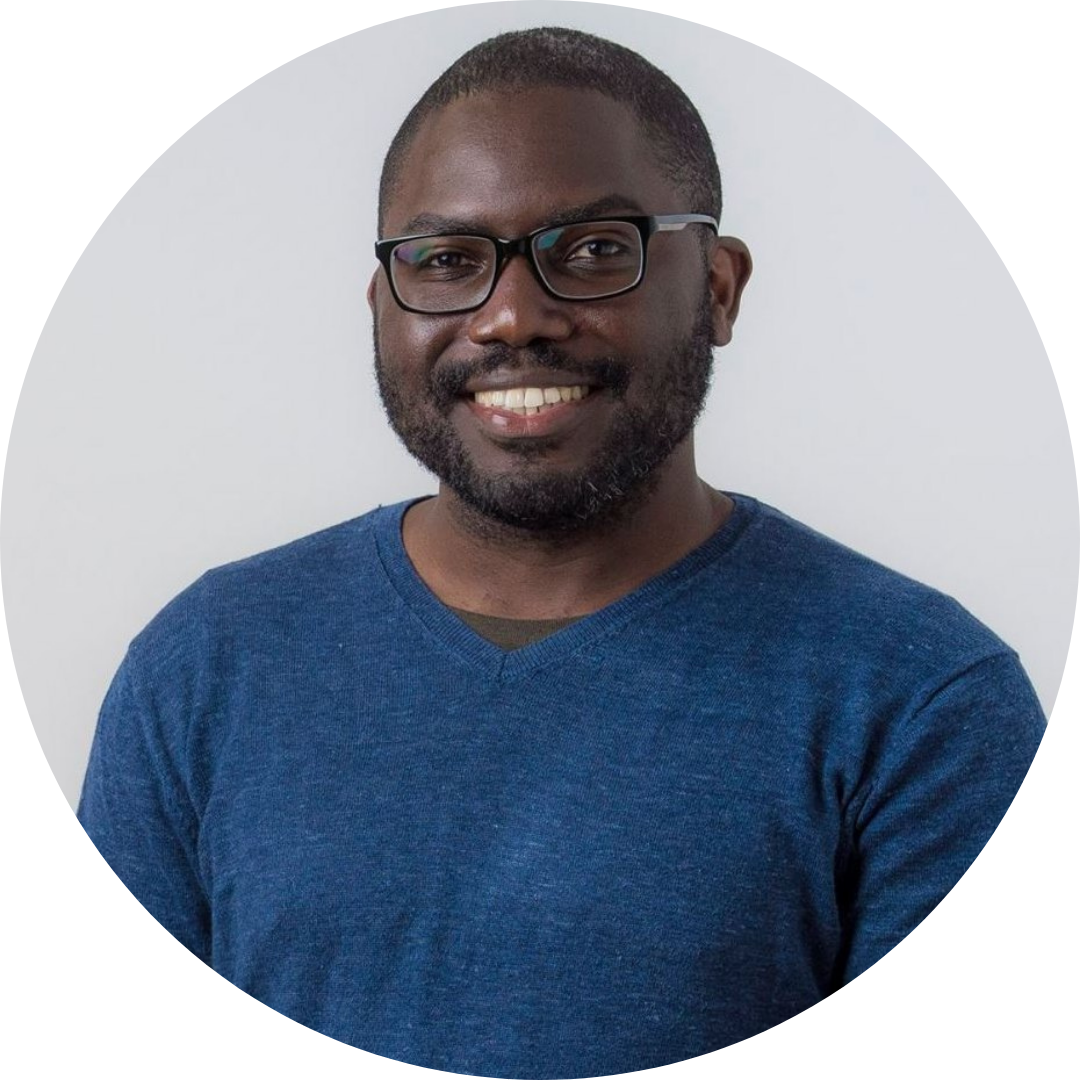 “I grew up in Nigeria, where I completed a degree in microbiology in 2004. I entered the world of food science and technology through studies. I was fortunate to win a scholarship which allowed me to come to the UK in 2007 to study for a master’s degree at London Metropolitan University. I knew very little about food science and technology at the time, but I chose the MSc Food Science because there were elements that were related to microbiology. Since then, I completed a PhD, and now work at Coventry University.”

In relation to IFST, Daniel joined while studying for his master’s degree. He is positive in stating that many of his career highlights have been linked to the IFST. As a PhD student, he was awarded a Parliamentary Office of Science and Technology (POST) fellowship, funded by the IFST. During his time in parliament, he researched and produced a POSTnote (briefing document) on livestock vaccines.

We asked Daniel if his ethnicity has made a difference in his career. “I think coming to the UK as an adult has had more of an influence on the opportunities I have had and the decisions I have made, than my background. Anyone who has needed to apply for study or work visas can relate to this.”

We asked our members they have any words of advice young people from an ethnic background entering the food science and technology profession? Daniel stated, “My advice would be to keep an open mind and seek out opportunities to develop and connect.”

Because Food Science and Technology is quite a niche profession we asked if our members had any ethnic or global role models in the science community that encouraged them to enter the profession?

“Given how I entered the profession, I can’t say I have any particular role models in that regard. However, I would like to recognise Richard Marshall, the course leader of the MSc Food Science programme at the time, who introduced me to the IFST. I would also like to recognise Dr Hamid Ghoddusi, who supervised my masters' project and went on to be my PhD supervisor. Now that I’m a lecturer myself, I have a better appreciation of all the work that they do!”

Finally, we talked with Barbara Bray MBE FIFST who is a Technical Consultant at Alo Solutions. 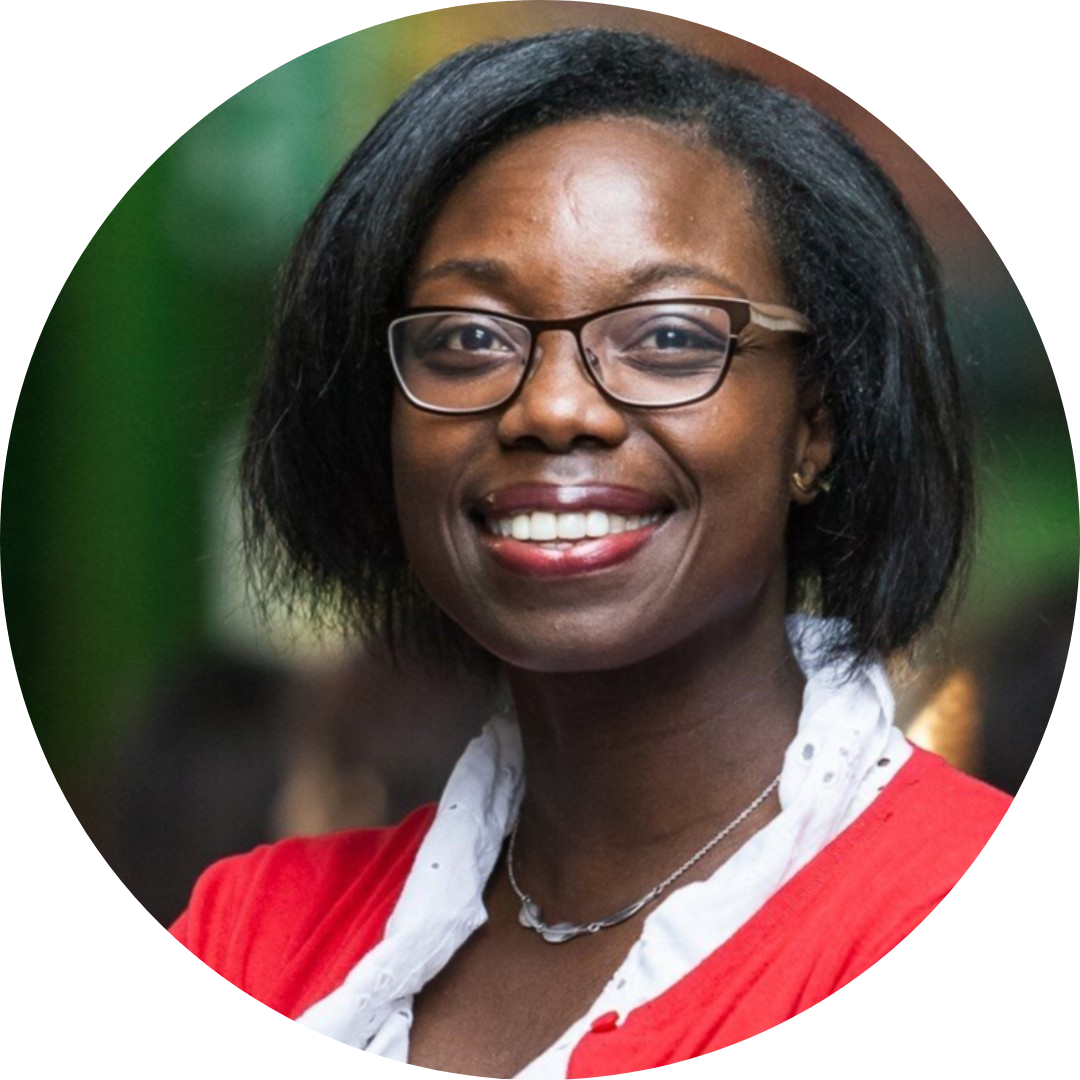 Barbara stated she was fascinated by food as a child. “In the 1970s my mother cooked most meals from scratch, and I loved to help. I enjoyed growing food in the garden and trips to pick-your-own farms. As a teenager, I started to ask more questions about how foods were made, and my first science project was making yoghurt. My school invited a food scientist to the careers fair to speak with me and from that point, I was decided on my future career.”

In answer to whether her ethnicity has made a difference to her career, Barbara comments that her experience has been varied and sometimes it is difficult to tell whether people don't like working with women, or black people or both. “I have always managed to find supportive mentors, advocates and sponsors throughout my career. I looked at what my white colleagues were doing and quickly realised that building strong relationships with people who see your value stands you in a good position if someone wants to make your life difficult because of race.”

​Her advice to new entrants to the industry is “Focus on building your career both through qualifications and relationships. There may be times when your employer won't pay for your training and development so it's important to take the time and money to invest in yourself.”

In relation to black and ethnic scientific role models Barbara recalls “At the time I was entering the profession the black role models I saw were mainly in sport and entertainment such as Michael Jackson, Linford Christie, Tessa Sanderson. However, at home I was in a community of families where people were doctors, pharmacists and teachers so even though there was no-one with a food background, I had many references for black people in science.”

We’d value hearing from more of our members who come from black or ethnic minority groups and their experiences of working in as a food scientist and technologist. If you would like to take part, write to us at fst-online@ifst.org. 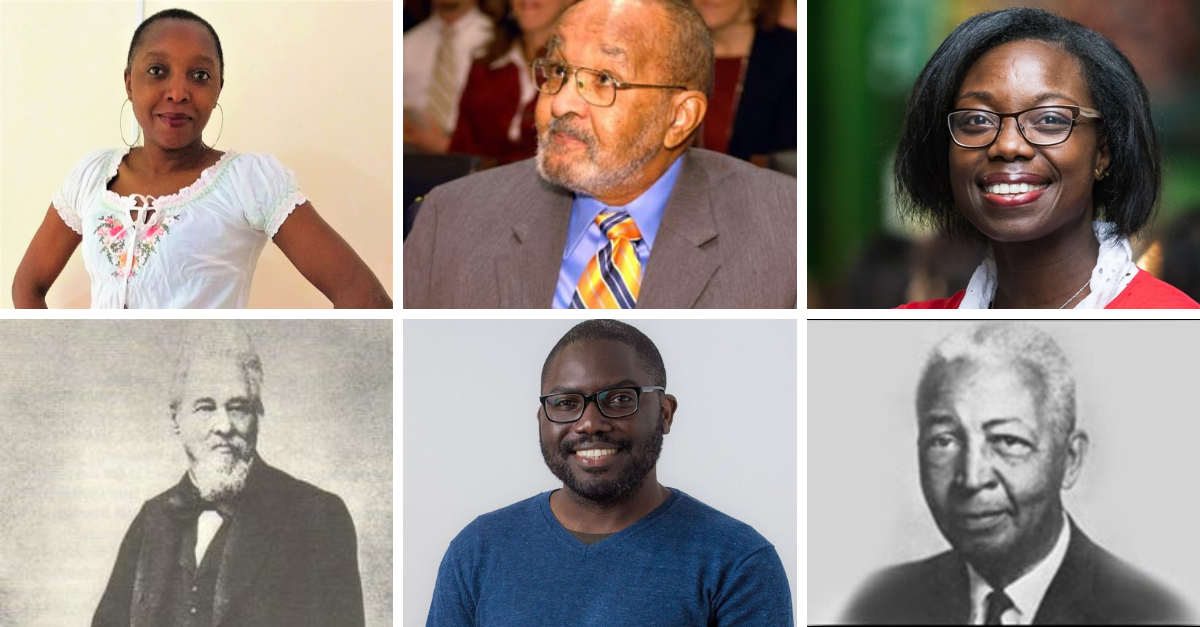