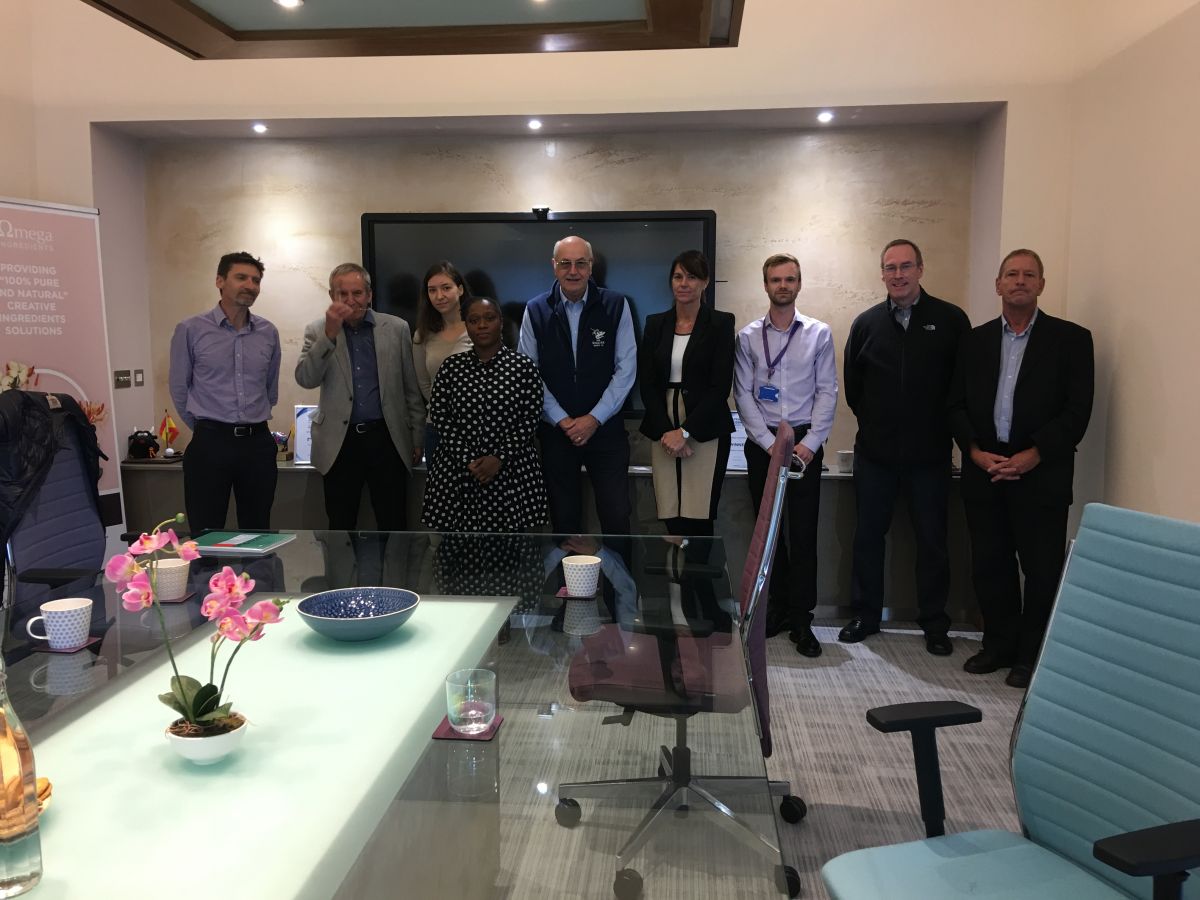 The Eastern Branch recently toured two fascinating Suffolk SME’s operating in quite different but complementary stages of the production chain.

Our morning at Omega Ingredients started off with a short introduction from Steve Pearce the company founder in the state-of-the-art meeting room. We were also shown an inspirational and original company video.

For the remainder of the visit we were in the capable hands of Omega’s Technical Manage, Martyn Warner. The visit followed the flow of development of an Omega product starting with the raw materials, through to creation, application, testing and production. Along the way there were some fun odour and taste tests and a great deal of intriguing and relevant insights. We learned that all Omega products are made from natural ingredients and some of these can be very costly. Another interesting fact is that a ‘flavour’ in nature typically contains many volatile compounds, quite a few of which on their own would appear to have no relation to the final character.

The afternoon visit was to Alliance Technical Laboratories, situated just a few miles north of Omega. Alliance was formed 15 years ago and is one of the few remaining independent, contract testing laboratories. It offers microbiological and chemical testing and services across a range of commodities, including food, compost, effluents, digestate, water and effluent, animal feed and many more.  ATL is an accredited testing laboratory (UKAS 2262) and the Microbiology Department is also M&S and DEFRA approved.

As we arrived, we were treated to an excellent buffet lunch by our hosts before being split into two groups to tour the lab’s microbiological and chemical testing facilities. One group was led by Richard Page, Quality Manager & Managing Director, who manages the Microbiology Department; the other by Andrew Shead, Quality Manager & Head of Chemistry.

The process from the booking in of samples, generation of job cards through to final reporting of results was explained as each group was introduced to some of the sophisticated equipment used and the levels of detection achieved.

A second interesting visit to match the first, we were left with the impression that things never stand still at ATL. Equipment is constantly on the move as the company continues to grow in size year-on-year and introduces more services to customers than ever before.