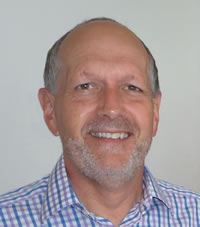 John Fry is an internationally-acknowledged expert on low-calorie sweeteners. He directs Connect Consulting, one of the world’s foremost science management resources for sweetener manufacturers and users. John has been personally involved in the technical launch and marketing of aspartame, acesulfame-K, aspartame-acesulfame salt (which he invented), sucralose and stevia-based sweeteners around the world. He speaks and trains widely on sweeteners, sweetness and calorie-control.

Previously, John was Director of Scientific & Technical Services at Holland Sweetener Company, before which he managed the Science Group at the world-renowned Leatherhead Food Research in the UK.

John has a BSc and PhD in Food Science from Leeds University. He is also a Chartered Chemist and holds Fellowships of the Royal Society of Chemistry, the Institute of Food Science & Technology and the British Society of Flavourists. 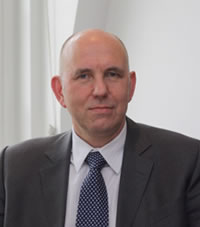 Professor Julian Cooper is an internationally renowned sugar and carbohydrate expert. During his 35 year career with British Sugar and AB Sugar he developed extensive experience in process and product development, carbohydrate chemistry, product reformulation and research and development in the food sector. He has recently retired and set up 342 Consulting Ltd.

He has written many scientific papers and is the inventor on several patents. He has worked with many major food companies, research associations and universities in Europe, North America and Japan and has presented papers at many major symposia.  He was Chief Scientist at the British Sugar Technical Centre up to 2001 and then Head of Food Science for both British Sugar & AB Sugar with responsibility for new product/technology development, external scientific research, health & nutrition and food law.

He was media spokesperson for AB Sugar and has a wide media experience including the Radio 4 Food programme, adviser on Bang Goes the Theory (BBC1) and advised and appeared on Kew on a Plate (BBC2). He was also principal scientific adviser on the Making Sense of Sugar website.

He studied at Birmingham University where he was awarded a BSc in Chemistry and a PhD in Carbohydrate Chemistry. 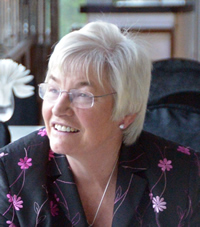 Dr Margaret Ashwell has viewed the relationship between food and health from all sides.  Her first degree was from the University of Southampton and her higher degree from the National Institute for Medical Research in London. Since then, she has been a Senior Research Scientist with the Medical Research Council, Principal of the Good Housekeeping Institute, and Science Director of the British Nutrition Foundation.  She was Honorary Secretary for the Nutrition Society in the 1980s and, many years later, is now their acting Honorary Communications Officer. She served on the UK Government’s Food Advisory Committee for 9 years and was appointed to be an Officer of the British Empire (OBE) in 1995. She became a Senior Visiting Fellow at Cass Business School, City University London in 2015. Margaret was elected as a Fellow of the Association for Nutrition (FAfN) in 2012 and to be President of AfN from January 1st 2016.

Since 1995, Margaret has advocated the use of the waist-to-height ratio on the basis of her own research and that of many others. This simple, cheap, public health measure is an early indicator of diabetic and cardiometabolic risk and she would like to see it used for primary screening of children and adults because its message is universal: "Keep your waist to less than half your height". In fact, screening would only require a piece of string.  Although she has authored more than 200 peer reviewed scientific publications across a very wide range of nutrition topics, she suspects that she will forever be known as the ‘apples and pears lady’.

Margaret has been Director of Ashwell Associates since 1995 and she was the Founder of SENSE (Self Employed Nutritionists Support and Enlightenment) in 1996. She has undertaken numerous projects for government and industrial clients into all aspects of what makes a healthy balanced diet. 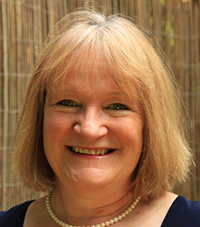 Lindsey has formal science qualifications followed by a career of over 35 years as a hands-on product and process developer in the food & healthcare industries.

She is expert in formulation and manufacture of products and has been responsible for the launch of over 450 retail products, 30 new ingredients and her work has supported over 20 patents.

Lindsey’s experience in product and process development was firstly with Beecham Products then Tate & Lyle and since 1989 she has been an independent consultant to the food industry.

Lindsey currently operates her consultancy Eureka focusing on new product development projects and is editor of Flavour Horizons, a quarterly, electronic bulletin for the food, beverage and flavour industries.